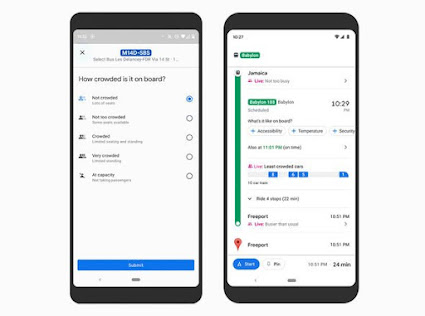 I no longer take the metro. I don’t think anyone would choose to. Sure it’s helpful. It gets you from point a to point b much faster than a taxi, but if you don’t have to be somewhere at a specific time what is the point?

And if you live Rive Gauche you’ll know the metro is basically useless. The bus is the best mode of transport. In general I much prefer the bus anyhow. You can look out the window, and it doesn’t stink of piss.

I keep a bowl full of tickets near my door (and some euros in case I need to go to the boulangerie). It’s my subtle flex. My American friends stayed in a flat basically under the Eiffel once and the Airbnb had this giant bowl full of tickets. I thought to myself 'when I can finally afford it I’m going to have a giant bowl one day too'.

But for the most part I don’t need them. I can walk anywhere. I live in a central location, there are plenty of buses to be had, and I work from home so I don’t need to rush somewhere everyday. It’s nice to have that freedom. I don’t even mind walking to Champs Elysées or Montparnasse on the daily anymore. I am completely unbothered. My days are unhurried. I enjoy walking again.

Besides the metro has another downside; it can be slow. if you live on ligne 8 it is one of the worst lignes in Paris. Even worse than ligne 11, which is like a throwback to the 80’s. It’s a constant 5-7 minute wait between trains, sometimes 9-12 if it’s after 10 pm. I can't think of any other trains that take that long. For reference ligne 1 is the fastest with a 1-3 minute wait. Oh and let's not forget the iPhone thieves near Bastille, that snatch your phone from your hands as the doors are closing. Ligne 8 sucks.

I kind of wish Google's new tech had come about sooner, and am actually wondering why RATP never integrated it into it’s green, yellow, red traffic system along with it’s wait times. To be fair that thing was never a great concept anyway. It barely works. And pro-tip ligne 13 is always packed during rush hour. Everyday the RATP people pushers squeeze people in so the doors can close. Pro-protip never live on ligne 13. Ligne 13 is actually ranked in the top 10 of worst subway lines in the world. But believe me that's not the norm. Paris is not China. We can usually co-exist comfortably on our commutes. Very rarely do I have my nose in someone's chin.

Google now has a feature on Maps that let’s you see beforehand if a train is packed. And in some cases (though not sure about Paris) it will tell you which car is worse. It's pretty similar to RATP. But RATP goes one further. RATP tells you which car you need to be on to get to whichever exit you need, which is really helpful on ligne 8 where the third car to the last is the rue Cler exit at École Militaire, and the 3rd or 4th to the last car is the exit for the transfer to ligne 10? at La Motte Piquet. There are actually a few of these inconsistencies on the metro, though they are rare. Usually they're only at transfers where two or more lines intersect. Most exits are at the beginning and end of the ligne. But some people don't like walking, and they like being as close to the exit when they stop, so I'm sure they enjoy that feature. And for a huge terminus like Republic it's probably really helpful.

Google is still rolling out the update so as of now it’s only available in New York City and Sydney, but be on the lookout for it. You may need to have to use it in addition to RATP’s app. Which you should have downloaded if you haven't already.