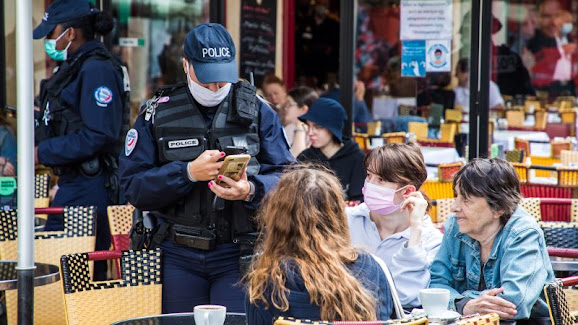 I’ve been hearing from a few Americans, and tourists from other countries, who haven’t been able to obtain their pass sanitaire. It’s become increasingly difficult, and every time you hear of a place willing to transfer your vaccination certificate, they shut it down. You begin to think there’s no hope, might as well break the law.

But here’s the thing, there is a fine in place. 10,000€ to anyone who breaks it. Establishments have to enforce it because the price is too high for them.

Now I’ve heard of a few Americans who have gotten into places with only photos of their CDC card (a photo? why would anyone consider that legit?). One person told me their waiter told them “I’m not allowed to let you eat but I guess I can over look it”. Another person, American, owns a restaurant in Paris, said she has had to turn people away which has led to anger from the community (and poor reviews). She said it’s gotten so bad there are threats, violence, all sorts of behavior she cannot believe.

In case you are not aware the police are checking papers. They will go up to you while you eat and ask you for your pass. If it turns out you do not have the pass, the restaurant or whatever public place, will have to pay the fine (10,000€). France is no longer bankrolling restaurants so they have to open or they lose their business. They shouldn’t have to pay a grossly large fine on top of that because tourists can’t abide the rules.

The police are out in full force. France is serious about it. Let’s do our part and help each other in these troubled times. 10,000€ is a huge fine to pay. After being shut down for more than a year and half most cannot afford it. Let’s all be kind and get the pass. And if you find you cannot find a place (because let’s be real the French have made it almost impossible) please order emporter until you do.

In the meantime submit your paperwork to the website and if they don’t answer, try it again. A lot of people have said they didn’t get an answer the first time but got one the second time. As someone who works for a UK company, that dealt with a lot of cancellations because of the UK’s lockdown and subsequent restrictions, multiple correspondances make it hard for us to do our jobs. So please be patient.

The website to submit your paperwork for the pass: https://www.demarches-simplifiees.fr/commencer/passe-sanitaire-etrangers