Save Your Love, Buy Me Diamonds 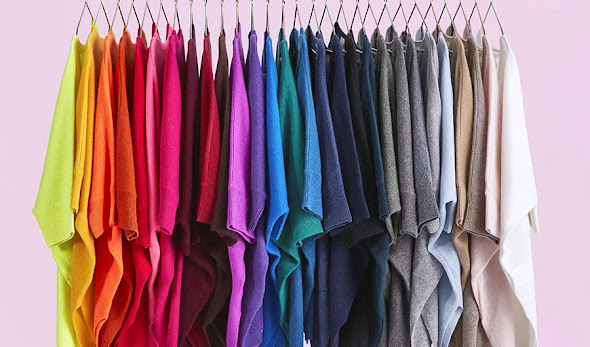 I've mentioned I’m a cashmere junkie. I live in cashmere. It pains me when I have to put on jeans or actual pants. And I know what you’re thinking ‘but it’s almost summer’. I have cashmere shorts *insert think gif*

I’ve tried all of the high street brands and I don't really like the cashmere I’ve found. Even Eric Bompard wasn’t fluffy enough and didn’t offer enough variety. The cashmere I’ve bought in Paris so far has felt lower grade.

I was watching Made for Love for like the 100th time while at work. I’ve always loved Hazel’s pod clothes, and for whatever reason I only now decided to obsess over her James Pearse v-neck sweater. I started Googling oversized v-neck sweaters (the James Pearse was out of stock). I actually really hate v-neck on me, but I wanted a giant sweater to wear while sitting around the house and look at that sweater, it's perfection. 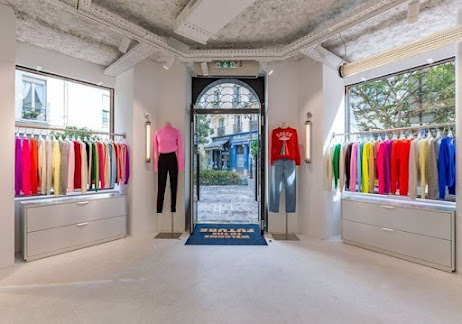 From Future I knew of before. I think Christian and I stumbled on their store when we were on rue de la Pompe one day. I had forgotten about them until I saw this bright pink sweater with orange fluro border. I fell in love with their bright neon colors. I don’t really go for all of the ‘From Future’ stuff written on everything, but I love that they go there with color.

At first I was hesitant because cashmere for 129€ seems budget, at least compared to all of the others, and I thought I was going to get scratchy wool. But it arrived, no thanks to La Poste totally ripping the box to shreds, and I was surprised. It was softer and fluffier than other stores. It’s still not as soft as J.Crew, but it may just be the gauge. They offer their cashmere in 2, 4, 6 and 8 ply.

My only gripe would be that they pack their cashmere in tissue paper, and if LaPoste is going to stay destroying their boxes, they need to pack it better. One package La Poste really took out of the box, threw away the box and left the little tissue wrapped parcel sitting in my letter box. ???

If anyone has any other [sustainable] cashmere brand recommendations I’d love to hear about them. I don’t really shop that much in Paris. In a way I miss living on rue de Passy because there were so many shops to tempt me. Rue Saint Dominique just doesn’t have that same energy.